C. To save your song into USB:

*Song will be saved as MP3 and WMN format – with your voice and background music only. No video is recorded due to video license issue.

*Noted video will be black screen because the recorded file only saved as MP3 and WMN format – with your voice and background music only.

*After recording, the system will generate data for the recorded song, thererfore when you tap “Listen”, you will hear your voice playing on the original music video. However, when you download it into your USB, there will be no video recorded. And if you replay that recorded song from USB on BM-4000, the machine do not have the data to link your recorded song with its original video. So the screen appears to be black. 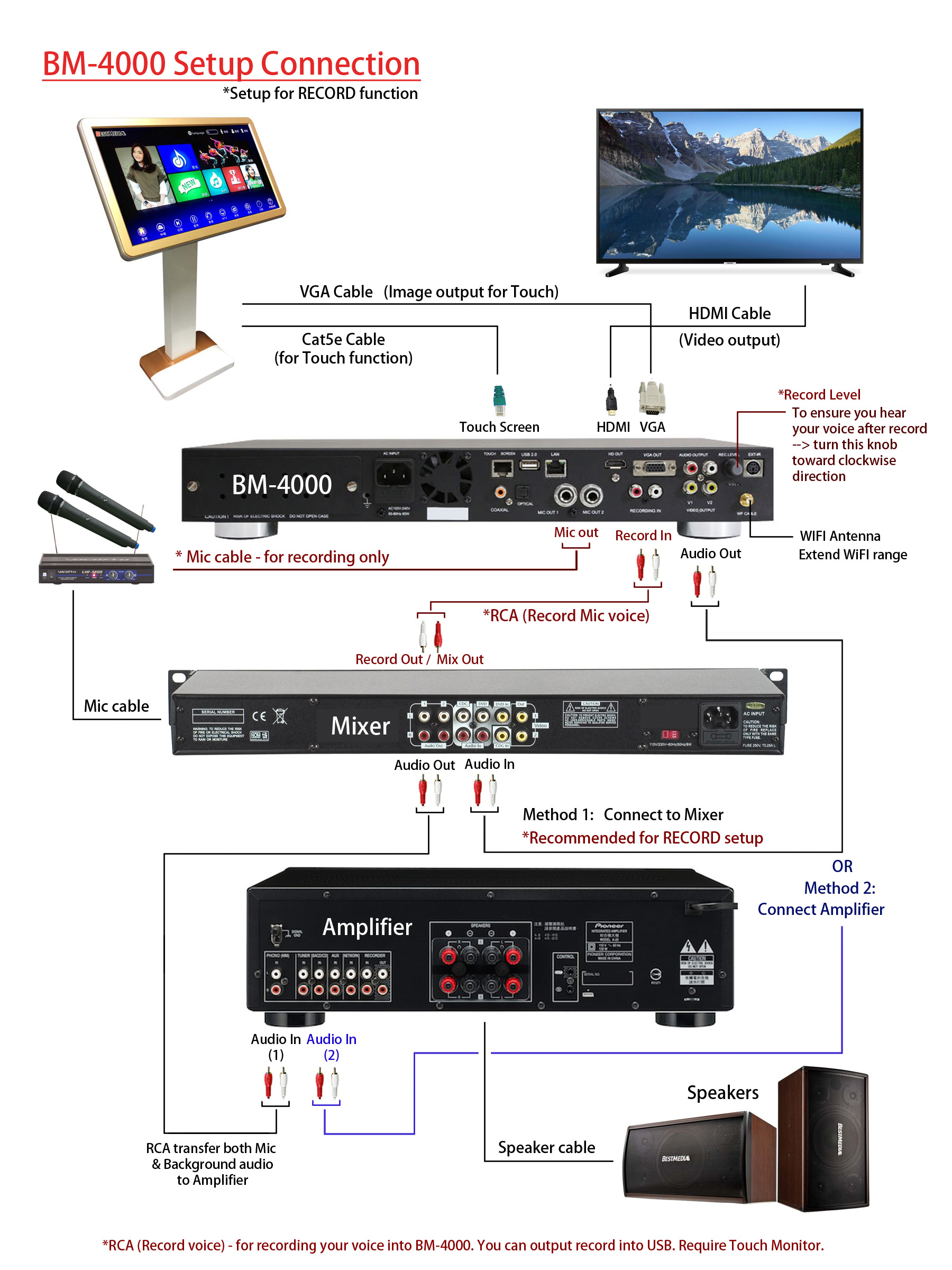 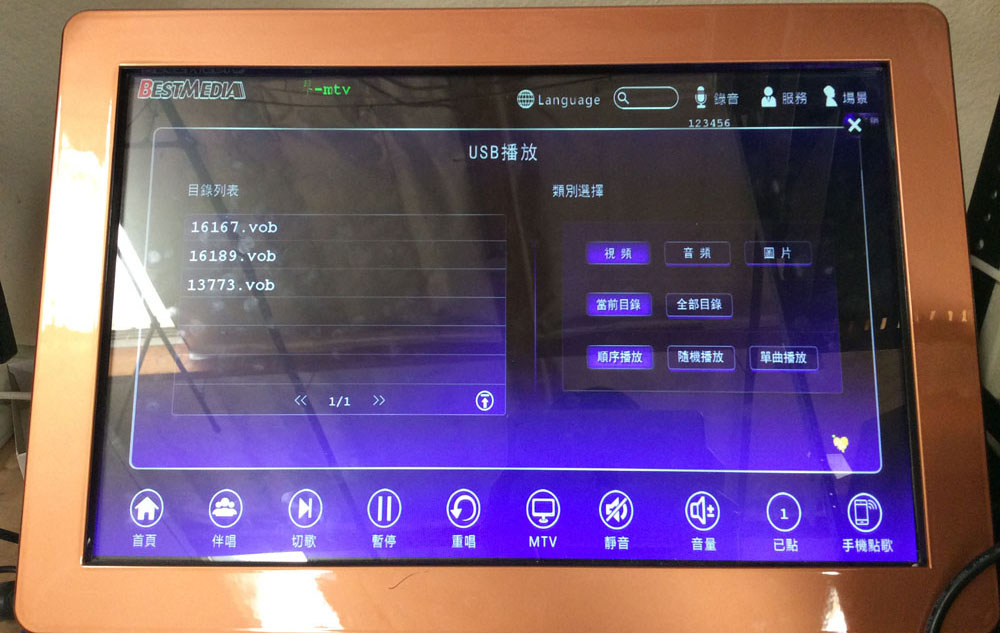